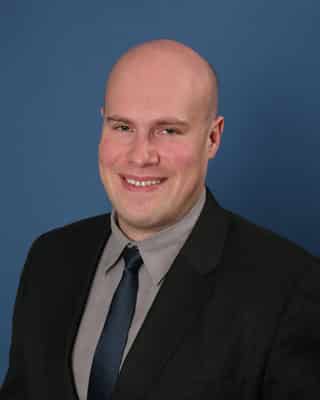 Fluent in Spanish, Jesse F. Haas has focused on representing injured workers in front of the Washington Department of Labor & Industries, the Board of Industrial Insurance Appeals, and Washington State Superior Courts since 2007. L&I is an insurance YOU PAID FOR, and we do everything we can to make sure you get what you paid for.

During his career he’s found that the people with the most dangerous and physically damaging jobs tend to get the short end of the stick in the L&I system. Jesse is a big believer in fighting for the rights of construction workers, union workers and first responders/front line medical workers who tend to ask for and get the least when they should be protected more than anyone. If you’ve been injured on the job and need help with your case, or just have questions about the L&I system, we invite you to get in touch.

BA from Western Washington University with honors in 2001

Graduated from University of Oregon School of Law in 2004

Member of the Washington State Bar Association since 2004

The legal system often hides relatively simple concepts behind five dollar words, and Jesse F. Haas is a big believer in a “no-nonsense” approach, doing his best to make things as clear as possible.  Not a “Better Call Saul” huckster-type lawyer, he believes in straight talk with both clients and judges.  Honesty is always the best policy, and nothing is more crucial than maintaining credibility.

No attorney wins every single case, and Jesse is always up front about what can realistically be achieved. He usually ends up being right about each probable outcome, and while past performance is no indicator of future results and there are no guarantees in life (and especially the legal system), Jesse doesn’t believe in losing and can count on one hand the number of litigation losses in his career.

Using technology to leverage efficiency as much as possible, Jesse’s policy is to maximize efficiency in litigation and only spend money on behalf of clients that he believes is 1) necessary to achieve the desired result, and 2) is likely to be recovered in the litigation. While no attorney can guarantee expenses will be recovered, if we spend money on your case and lose, Jesse has never asked a client to cover the costs.

A native Pacific Northwesterner, Jesse grew up in Whatcom County, WA, in a double-wide in the country, bucking hay bails, raising beef steers, and spending many days alone in the woods with his dog, Sunny. He had a Red Ryder at age four and learned to shoot before he could ride a bike. He was in the Civil Air Patrol as a teenager and flew a glider solo at age 15 in what was affectionately known as the ‘Flying Brick’; a WWII-era surplus glider towed by a Chevy pickup with 1,000 feet of cable.

A union member from age 16 through 20, Jesse worked at a grocery store to put himself through college, and may be only lawyer you’ll ever meet who doesn’t have a high school diploma. Instead, he participated in the Running Start program in high school where he earned his AA, then went straight to university. He passed his bar exam on the first attempt. Boxing for fun and exercise in his 20s, Jesse still has a great right hook. He enjoys hiking, karaoke, and spending time with his four nieces and nephews. A man with many interests, he’s knowledgeable about many subjects and can cook the best steak you’ve ever had. The secret is the pan-finished reverse sear, but don’t tell anyone!

A Passionate L & I Attorney in Everett, Jesse F. Haas Has Served North King & Snohomish Counties for Over 15 Years

Leave Us A Review